This picture narrates the changing fate of Bangladesh. The nation is going through a spontaneous mass protest demanding capital punishment for the war criminals of the country. Here people of all age, as well as the children of the freedom fighters are signing in demand of the capital punishment for the recognized war criminal Abdul Quader Molla. He has been found guilty of large-scale massacres in the Mirpur area of Dhaka during the country’s Liberation War in 1971. Five out of six charges against him are proven, but still he did not get the highest punishment according to the nation’s law. So the protest continues, transforming into a revolution throughout the nation. Now the nation awaits justice, and also to rewrite its deserving fate through the hands of its new generation. 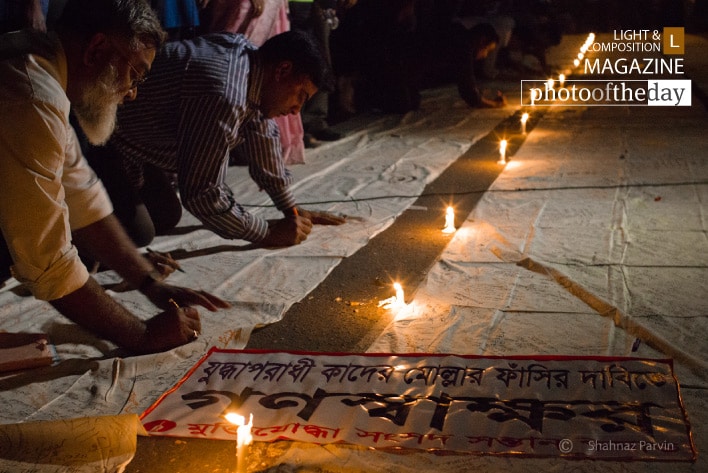 Photographer: Shahnaz Parvin (Dhaka, Bangladesh) Registered
Shahnaz Parvin is a passionate Bangalee, who resides in Bangladesh. Though she is doing a job as system admin in a PSI company, her real passion lays in photography and learning it. Shahnaz mostly loves documentary photography, and loves to represent her country Bangladesh through her lens. Her images have been used on a number of renowned magazines in various countries.

Bones and Jaws, by Ryszard Wierzbicki

A Dish from the Hill Tracts, by Tanmoy Saha

We need this type of posts . Great Photo . go on and ignite the bangladeshis hearts .