I made this image when I was a student. I spent the summer of 1980 at the American School in Tangiers, Morocco, studying Islamic history and general studio photography. I had many hours everyday to wander the back streets and alleys of Tangiers. Most of the other students had problems with beggars and children every time they left the school grounds. When I was by myself, I usually had no problems with children following me about. I had a big mustache then and given a few days in the sun, I blended right in with the locals. The only thing that gave me away, was my lack of Arabic and my camera when seen. I thought the people to be generally respectful. Of the many streets one turned down, there were often children playing about. Only stopping their activities when they noticed a stranger in their midst. This image is somewhat of a portrait of one of the many boys I encountered roaming the streets of Tangiers. I loved his shyness, his faint smile behind his shielding arm, his stance, and shirtless torso contrasted against the geometry of the steps in the background. 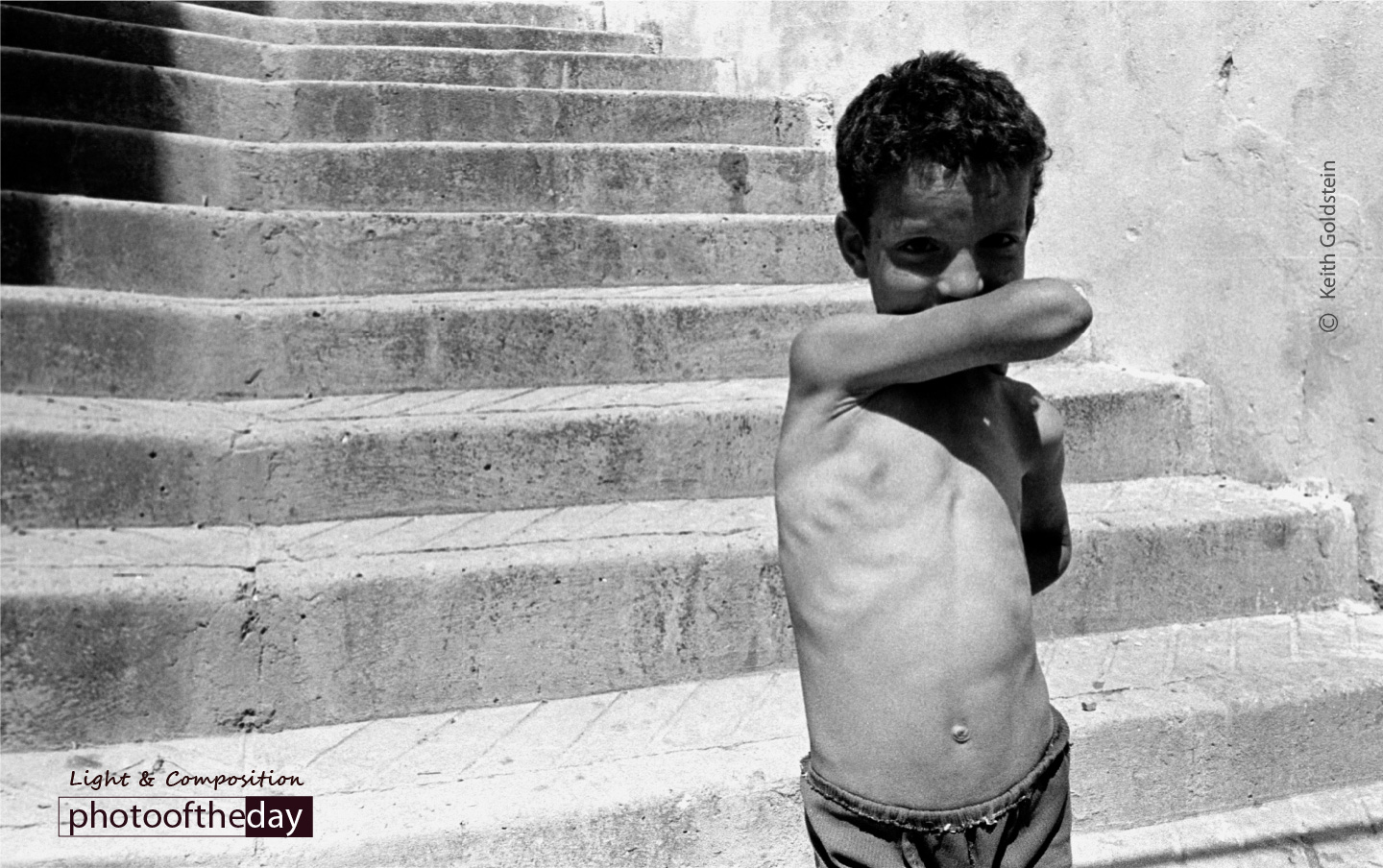