My family and I travel downtown to witness the Chinese New Year celebration every year. As we were walking back to the subway, these twin boys with glasses caught my eye through the crowd. They were dressed identically, and had somber looks on their faces. I only had the chance to make one exposure through the crowd. 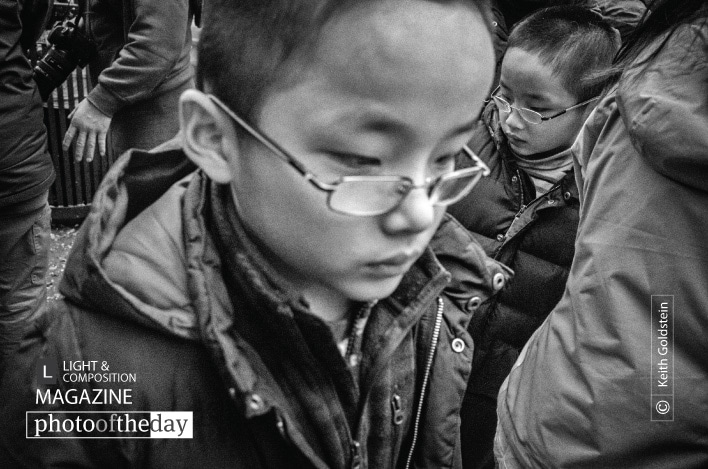 We All Have to Eat, by Stephen Chu