On this hot summer day, in a typical central cosmopolitan gathering spot called Yonge Dundas Square, complete with fountains for children to play in, live music for the urbanites, food trucks abound with chargrill odors wafting through the air and city folks walkin’ runnin’ and sttin’ in the ambiance of city life when I noticed a particular man leaning against a pillar. As I strolled Toronto’s version of Times Square with a group of street photographers, my favorite category, he continued to hold my gaze from afar. After what seemed like a long time I circled around looking for the right angle to show what he was so engrossed in. For the longest time he kept looking at and playing with his watch or time piece seemingly oblivious to the organized chaos that surrounds him. I start to wonder what could he be listening to? Music? News? A Philosophical Discussion? Old War Stories or maybe nothing but an attempt to shut the world out? Yes I could easy have engaged him but I did not want to interfere with his thoughts. For the man at least time is irrelevant compared to what appears to be teeming throngs of organized, timed structured people running ragged and without nary a thought of their own being of the day. 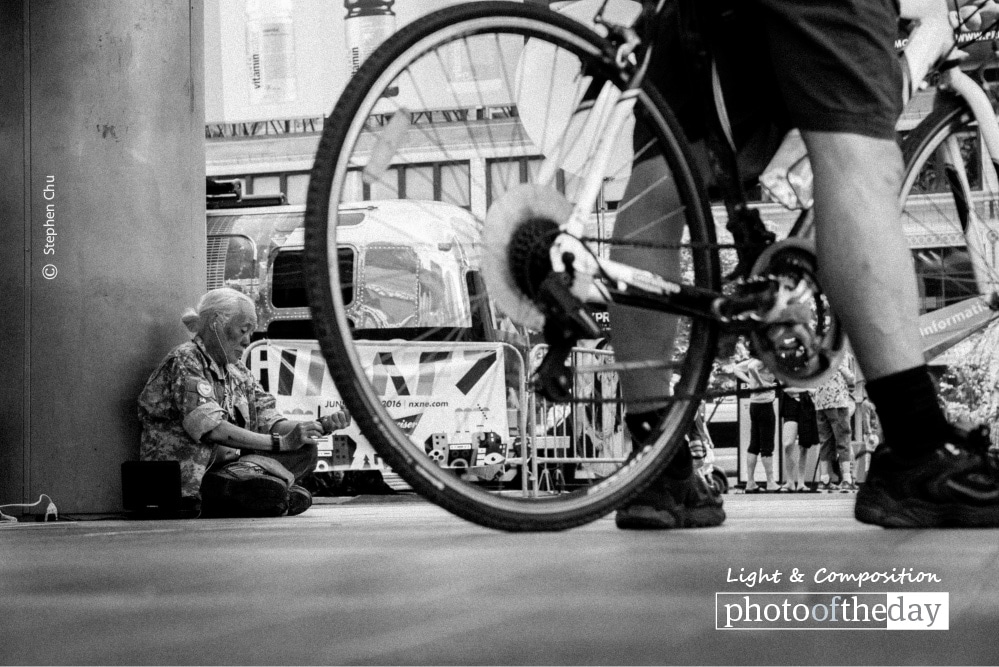 The Boy and a Kitten by Anastasia Markus

We All Have to Eat, by Stephen Chu
Subscribe
Login
0 Comments
Inline Feedbacks
View all comments
4,215,112