I remember I took this shot many years ago while in Mumbai for work. My colleagues and I wanted to visit Dhoby Ghaut, the well known open air laundromat in Mumbai, India. I was not prepared to see family living and working. I took this picture as I happened to pass by this area. The mother oblivious to my presence, busy with bathing her baby and I thought what a powerful image this makes. 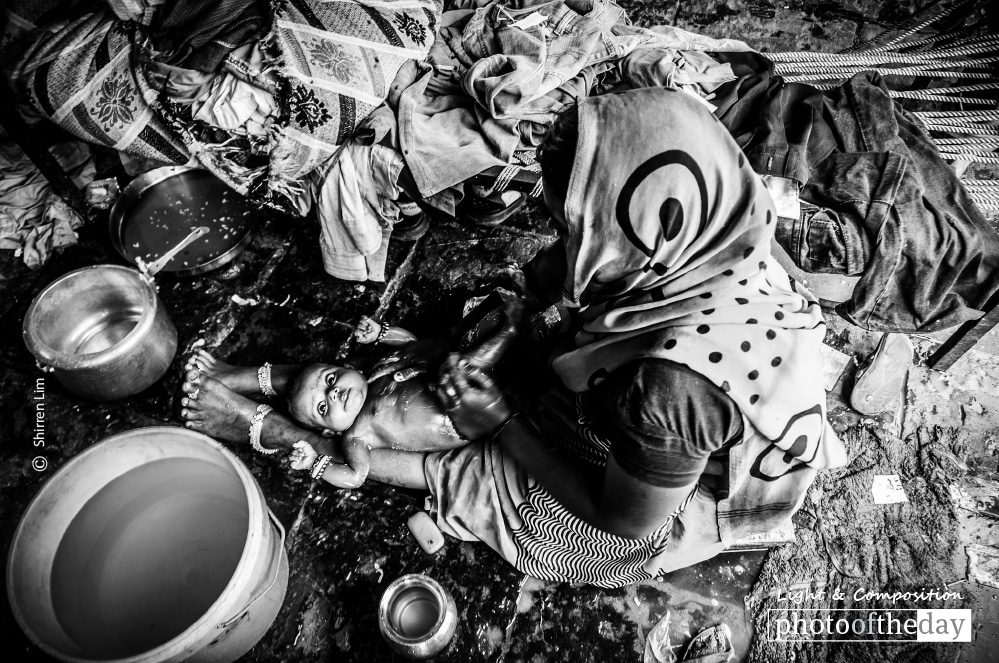 A Newfound Village, by Shikchit Khanal

Life and the Sea, by Mohammad Saiful Islam