It had been a long and exciting journey. We reached the Camel Festivities in Bulgan, Omnogovi, sometimes in the afternoon. The day had started out bright and clear and now seems slightly overcast. We had an exciting time chasing angles of the camel parade. Things quietened down quickly then, as the camel competition participants had gone off to prepare for the next day’s race. I was walking around looking for a subject when I saw this little girl with her two ponytails. 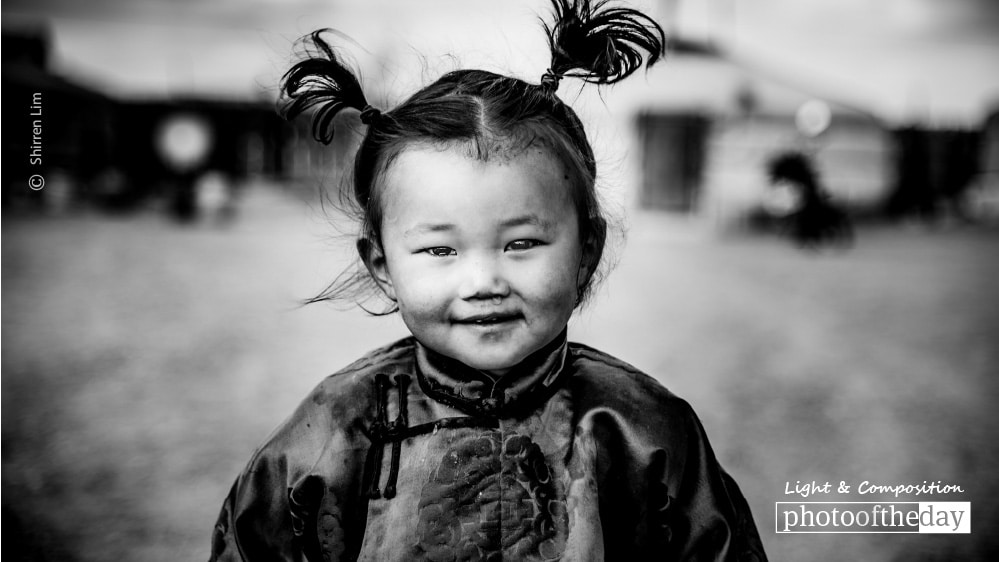 Man with the Lady Shoes by Willeke Tjassens

Mr Everybody, by Ali Berrada