We visited the Gandan Monastery on our first day in Ulaanbaatar, Mongolia. Instead of focusing on the exterior of the monastery, I was intrigued by the light or lack of inside the monastery itself. I thought it would be more interesting to capture a few shots of the locals streaming in to pay homage. I waited until everyone had cleared the frame before I took the shot. 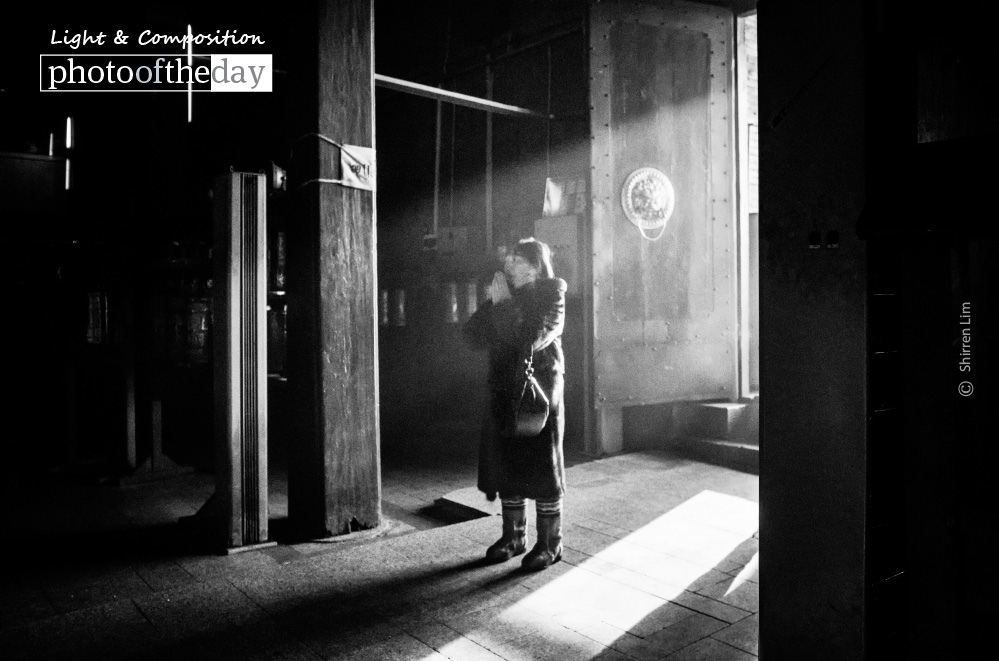 Bridges to Nowhere by Kirsten Bruening