The old 19th century water standpipe nearby the railroad line from Berlin to Gorlitz is a remnant of a very different era. The missing second track was taken to the Soviet Union as war reparation and it was not replaced to this day. So the view along the railroad is also a view into the pasts. 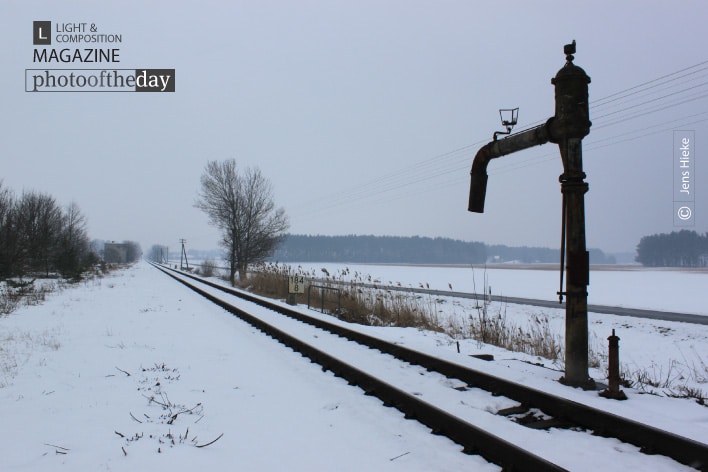 Are You Afraid of Death? by Kirsten Bruening

The Boatman, by Rahat Azim Chowdhury

Subscribe Now
A Boat in the Wetland, by Saniar Rahman Rahul