It was Sunday, the 4th day of a series of protests! The atmosphere was already too intense and you could see a storm was coming! This is taken early in the afternoon, riot police threw tear gas against people protesting in front of the Greek parliament. The one holding the Greek flag stays in his position despite all the chemicals, and the other one we see tries to kick a tear gas bomb back at the riot police. 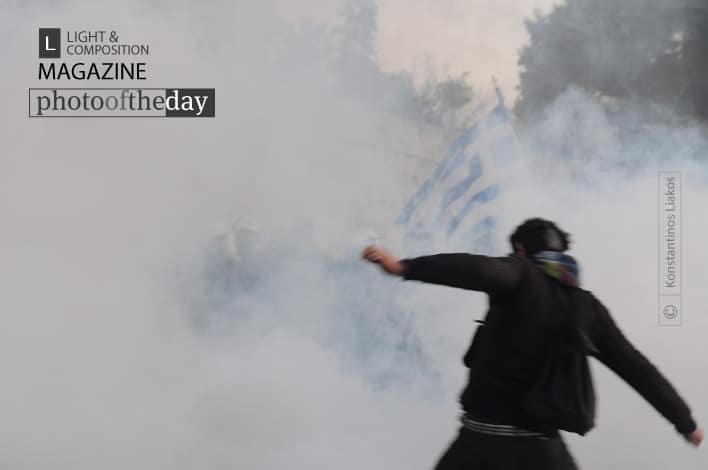 Photographer: Konstantinos Liakos (Athens, Greece) Registered
Konstantinos Liakos studied Mathematics at the National Kapodistrian University of Athens, with a degree on applied mathematics specialized on computational maths. Currently he is one of the thousand unemployed Greeks. Photography is his passion! He shoot because he loves to! As a child he used to take a lot of photos, and his parents were always complaining about the money they were spending on buying films and developing them! He got my first DSLR camera on 2009. Unfortunately because of tragic family matters at the time he couldn’ t use it as much as he would like to. Only since the last year and due to the free time he has because of his unemployment, decided it is time to chase after his dream, and tries to pass the stories he sees with his camera! He hasn’t attends any photography school, and everything he knows is though his own experience and reading.

In the Workshop, by Afnan Naser Chowdhury

The End, by Sarin Soman

The Essence of Life
Scroll to top wpDiscuz