When those small lands rise up during winter, it won’t take days to become vibrant. This is Tanguar haor, a unique wetland ecosystem, where nature is rich with hue of green. To birds, it is a wildlife sanctuary for its abundant food supply. Purple Swamphen comes here this time of the year. When I reached this place for the first time, seeing these birds I was mesmerizing with their bright colors, reflecting on the water, couldn’t stop myself talking its photograph. 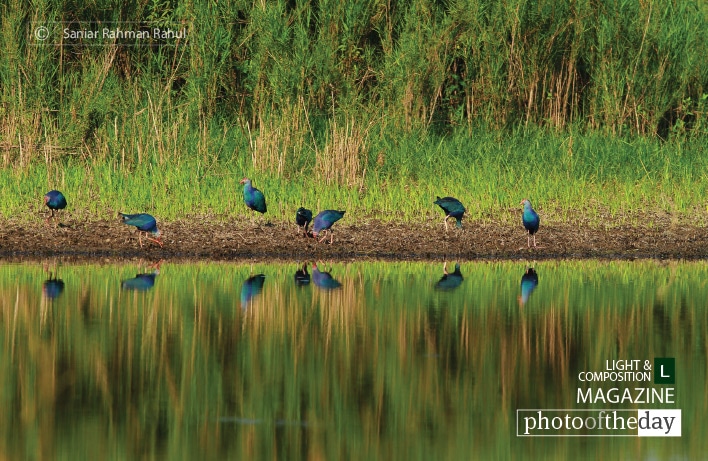 Here’s Looking at You, by Martin Meyer

Deer in the Morning Light, by Dimitrios Zavos

On The Fence, by Sara Plukaard