Few drops of rain, falling on the leaf and the ground, like a bud of nature with a sweet gentle smell. It was a gloomy day, and pouring time after time from the morning. And when I reached this place, a small village named Master Para in Gazipur, not that far from the capital Dhaka, I can’t stop myself taking photograph of these beautiful raindrops on bamboo leaf, glittering magnificently. 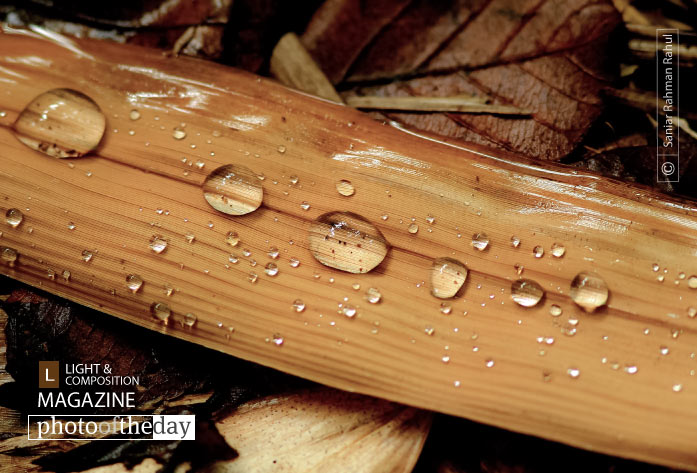 The Potter and His Wheel, by Shahnaz Parvin

Excellent shot, he deserves this award.

The Heart of Prayer
Scroll to top wpDiscuz