Taken at Hatiya Island, Bangladesh, these birds are known as Terek Sandpiper, a small migratory Palearctic wader species and the only member of the genus Xenus. These birds breed near water in the taiga from Finland through northern Siberia to the Kolyma River, and migrate south in winter to tropical coasts in east Africa, south Asia and Australia. 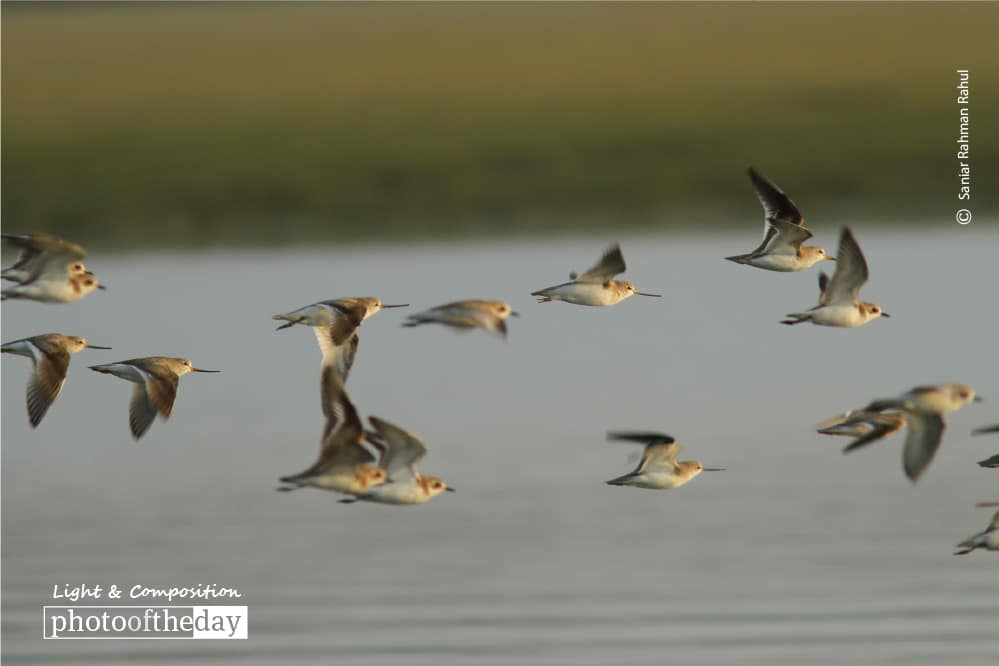 Fire of Soul, by Rizwan Hasan

Subscribe Now
Talimena Drive in the Fall, by Tisha Clinkenbeard