I love the Anza-Borrego Desert State Park in Southern California. I am endlessly fascinated and inspired by the landscape and you are never quite sure if you will get clouds or not or how the light will be affected. This was shot along the Great Southern Overland Stage Route between Agua Caliente Springs and Ocotillo, CA. The shafts of light coming through the clouds caught my attention. The way the light separated the mountain layers so vividly and the wonderful highlights on the pavement made it impossible not to get out of my car. I was so taken with the scene and stood there, in the middle of nowhere, with no one in sight and only the sound of the wind, that I almost forgot to take the picture. 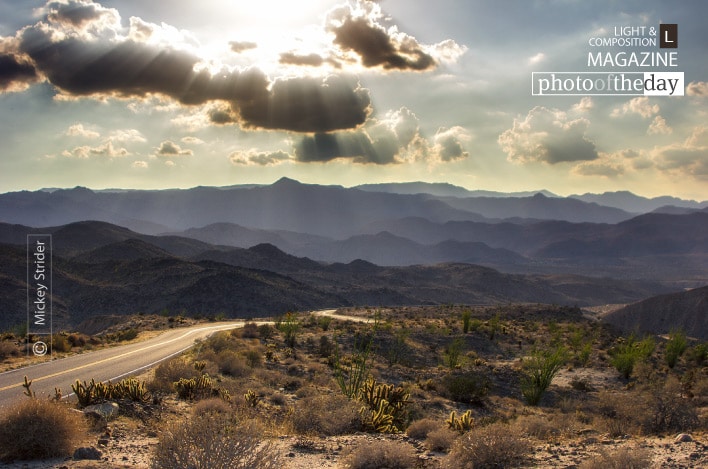 Corbière Lighthouse in the Early Morning, by Ron ter Burg

The Joy of an Angel by Jose Juniel Rivera-Negron

Fire in the Desert, by Steve Hirsch