A seagull was resting near the Bay Bridge at sunset when I took this photograph. 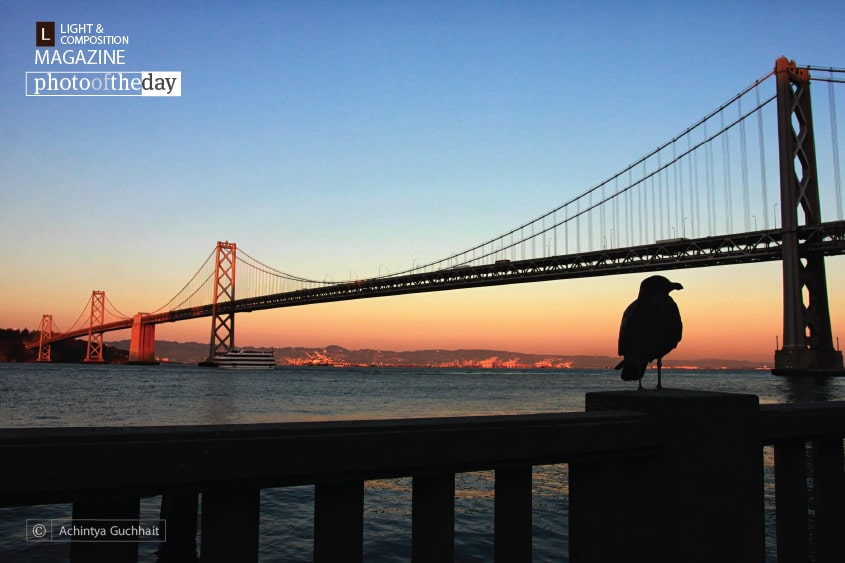 Life by the Lake, by Sanjoy Sengupta

Across the Winter Landscape, by Ronnie Glover