We refused to leave the street and go home until our demand of capital punishment for war criminals are met. Took this photograph on yesterday evening, February 06, 2013, when thousands joined at Shahbag intersection in Dhaka, Bangladesh. It turned into a spontaneous mass protest with thousands of people continuing their sit-in programme to demand capital punishment for Jamaat-e-Islami politician Abdul Quader Molla and other war criminals. University teachers and students, journalists, cultural and political activists, particularly the young generation, gathered at the intersection. We claimed capital punishment for Abdul Quader Molla for he has been found guilty of five out of six charges, including a series of killings including some large-scale massacres in the Mirpur area of Dhaka during the country’s Liberation War in 1971. The given verdict has humiliated the whole nation and disappointed people seeking justice for the mass murder and rape by the collaborators, and also belittled the sacrifices of freedom fighters and intellectuals. The fiery protest is now spread throughout the nation, thousands of people in different districts are on streets demanding justice for war crime. 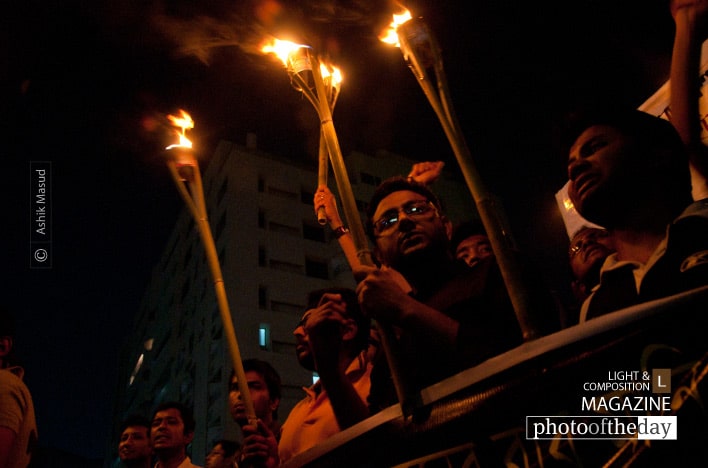 The Puller, by Shahnaz Parvin