An unexpected explosion as a manual laborer tries to dump hot tar. The sudden burst of light, fire and heat created a collage that can only be labeled as a mini big bang…the inception of the universe. We replicate our existence in ways we rarely fathom. 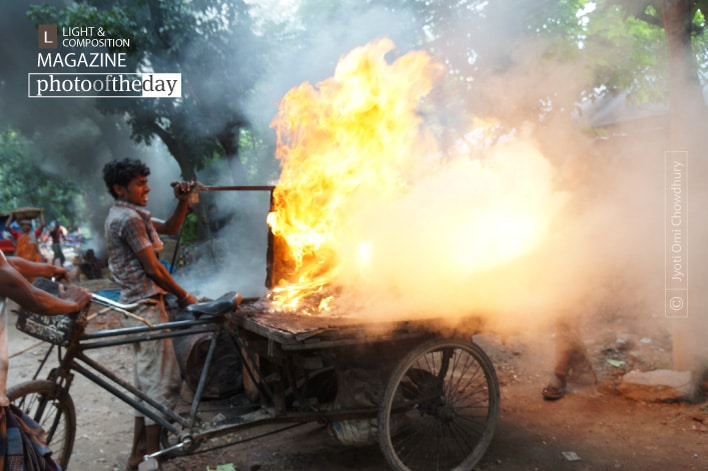 The Dreamer by Shovan Acharyya

Both the people involved were ok. build up of trapped gases induced the explosion. plastic cover my camera melted but the lens was fine. i had few burnt armchair, but no real damage.

This could not be tailor made, had to be an impulse shot. Nice one Omi. proud of you.

BTW – did you investigate into the incident? How did the conflagration created?

0
Reply
The Only Duck Standing, by Gino Franco Velasco