The cotton pygmy goose is one of the smallest perching duck of Bangladesh. I took this photograph while returning from Tanguar haor, a unique wetland ecosystem, located in the Dharmapasha and Tahirpur upazilas of Sunamganj District in Bangladesh. 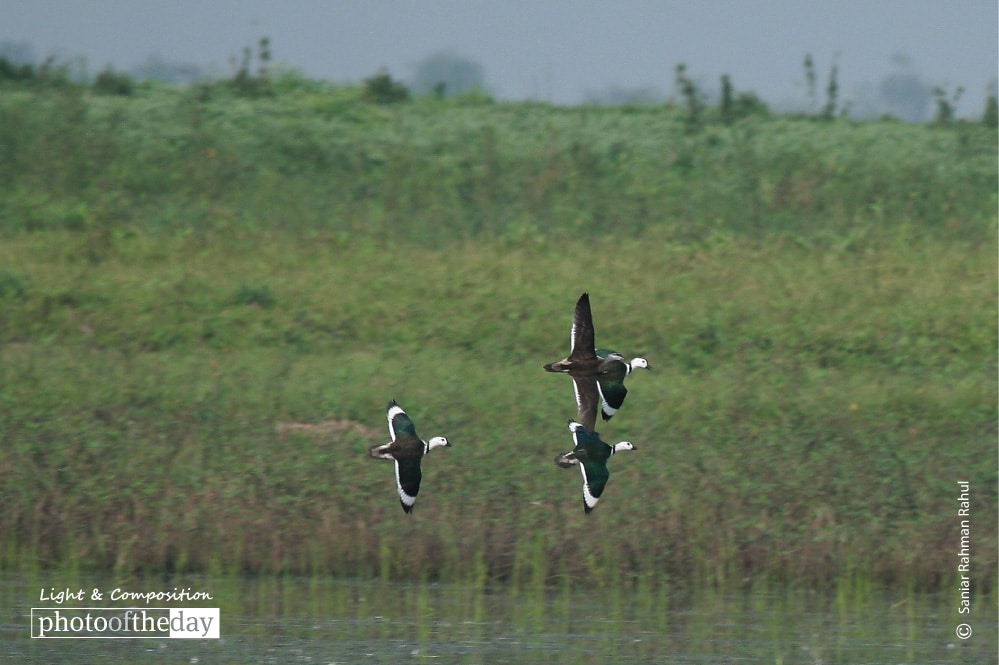 Life in the Green, by Saniar Rahman Rahul