It was a newly raised land in the river Padma, where I photographed this White-Tailed Stonchat, a visitor bird that comes as seasonal migration of bird that we are blessed with every year in winter. It has black head, white collar and bright rufous chest patch. The back and wings are dark, with white on wing coverts and rump. 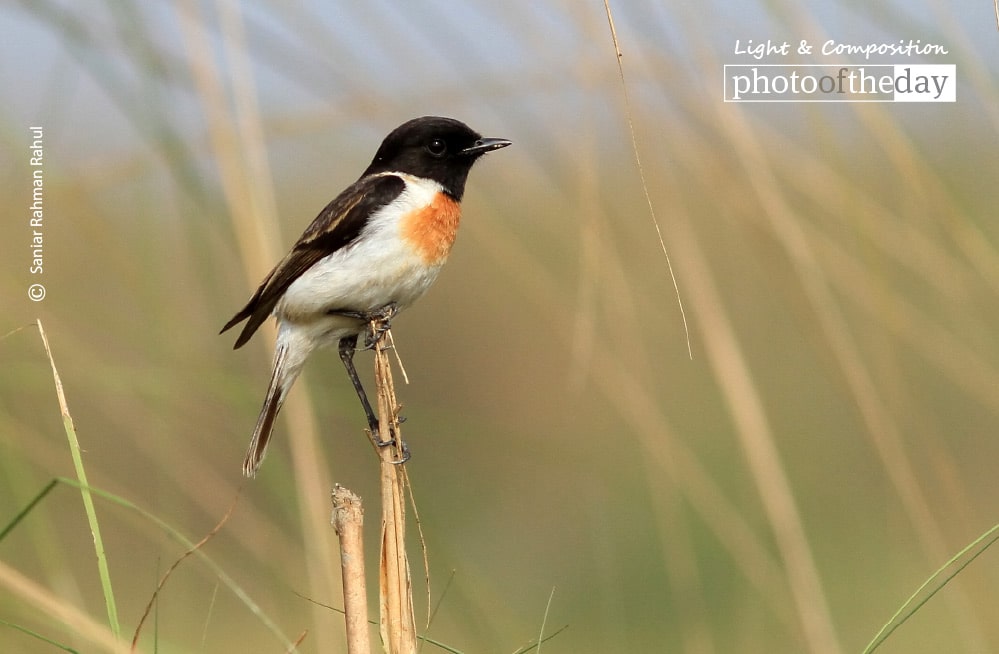 The Green-billed Malkoha, by Masudur Rahman

Out of Africa, by Orhan Aksel