It was cold day in April, 2012 when we were walking in the morning by Lviv streets. To warm up, we dropped into one street cafe (Gloria Jean’s Coffees), where I turned the camera up to the ceiling and made this photograph. Mirrors attached to the ceiling were framed in golden painted wood, and picture looked like it was a museum. I didn’t have tripod with me, so used high ISO setting. Interesting to mention, but the place was prohibited to photograph in. Sorry. By the way, Lviv is located in the western part of Ukraine and is famous for its coffee. Welcome to enjoy it! 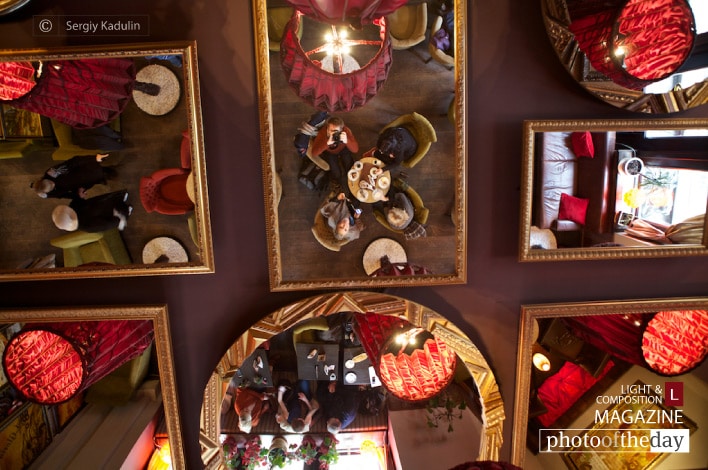 Friends on the Bridge, by Ryszard Wierzbicki

Keys for the Sunshine by Sena Sasani

Subscribe Now
A Walk in the Rain, by Dipanjan Mitra

Off to Market, by Nilla Palmer
Scroll to top wpDiscuz