“Arches Path” is well known road from the main Uspensky Cathedral to saint caves. I took the shot from low-angle tripod, heading upwards the hill to the arches direction. It took a while to wait for the moment when it was not crowded, as I wanted path to be almost empty, in order to make main focus onto drama of coexistence of arches and the stony dark road. The light on the wall created interesting effect reflecting from the shapes of arches, and from the distance you can see it as lotus flower leaves growing from the person on the street. 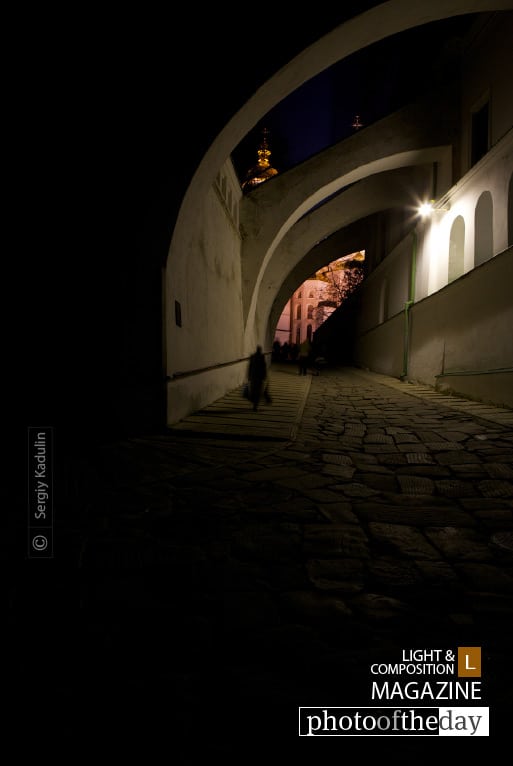 After Sunset Castle of Diyarbakir, by Mehmet Masum

The Play of Lights, by Ryszard Wierzbicki

Red Hill Three and the Supermoon, by Mickey Strider
Subscribe
Login
0 Comments
Inline Feedbacks
View all comments
The Beauty Within

A Life without Burdens
Scroll to top wpDiscuz