While visiting Grand Canyon in Arizona for the first time in my life in October 2012, we decided to take helicopter flight over the canyon. The photograph was taken from the helicopter, pointed to the eastern edge of the canyon. It was early fall and nature just started its painting work with yellow, red and mild-green colors, and I managed to catch this composition with bright yellow spot of trees. It was not easy because of the helicopter speed; the altitude was not high and scene  was changing every second, as well as light conditions, angle and direction. 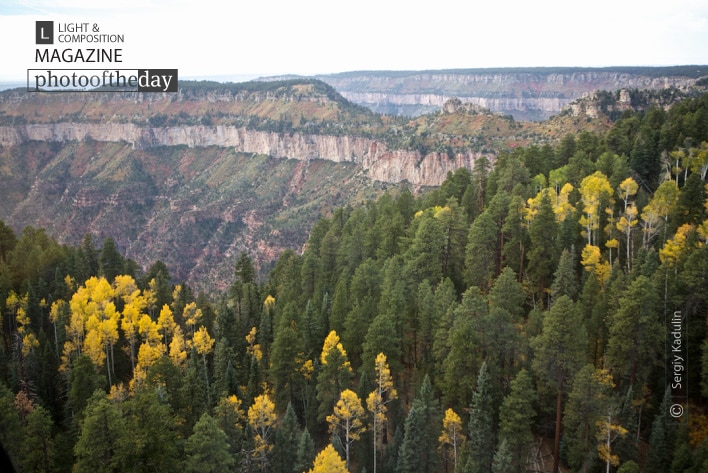 Just off Highway 1, by Anubhav Jain

That Wanaka Tree of Autumn by Farhat Memon

Photo of the Month | 35th Month
Scroll to top wpDiscuz