We were on 1-week travel in Georgia, and spent first few days in its capital – Tbilisi. During our city walk on the first day it was cloudy, and suddenly rain fall down, which caught us in the middle of the Shota Rustaveli avenue. We saw a nice church nearby, and run towards it. It was St. George Church (Kashveti), built in 1904-1910, and we stayed there to wait until rain stops. During this time I made photo of small girl who was running from the bus stop to the shelter of the Church. I don’t know her name, but she was very nice and started smiling as soon as she noticed me with camera – she definitely enjoyed rain and the weather, plus attention from the photographer… 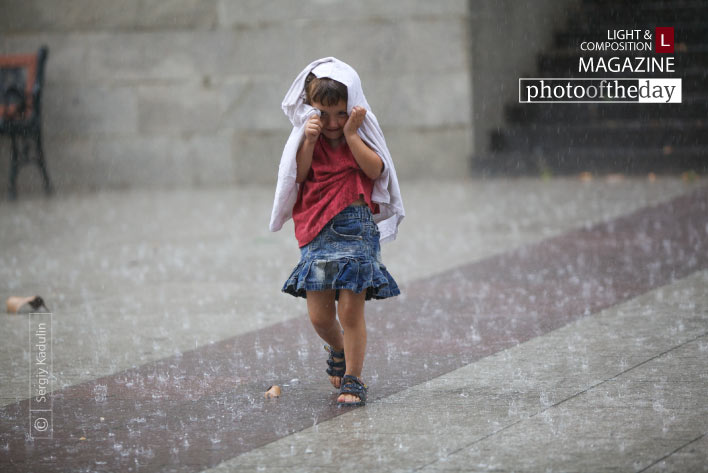