We did family vacation trip to western states of USA in October 2012. Cape Lookout is one of the stops of Three Capes Scenic Loop on the west coast of Oregon. A stopover on the Pacific flyway, the cape and adjoining waters attract more than 150 species of birds, including blue herons, murres, and oystercatchers. The cape itself was formed by several ancient lava flows and truly lives to its name: so far into the ocean, that it affords to see coast along 40 miles away both sides. The Cape Lookout State Park has more than 2,000 acres with miles of trails that meander along sandy shores. 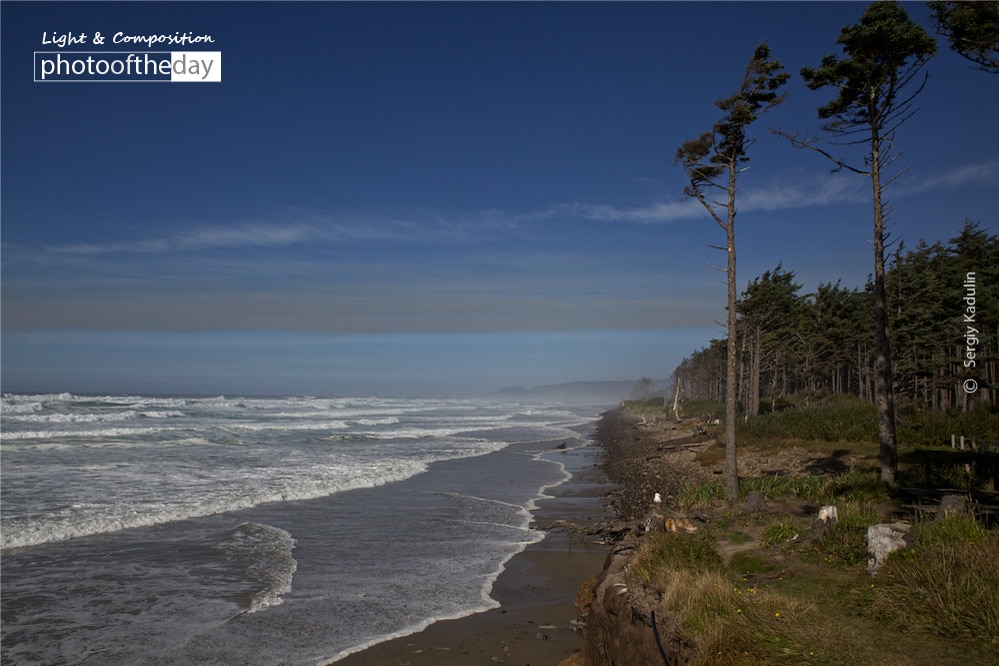 Caribbean and Atlantic Meet in St. Kitts, by Tisha Clinkenbeard

Looking over the Edge, by Munish Singla