In October 2012 we organized a 3-weeks family trip to US, with the route through some of the best National Parks, covering more than 3,500 miles in the west of the country. Zion NP was probably my favorite park among all we have visited. Colors and diversity of mountains were just beautiful, offering gorgeous views everywhere. I saw this dry tree with the shape of its branches following shape of the mountain and found it interesting to frame and shoot. I also noticed similarities in colors between the tree and the mountain in the background. 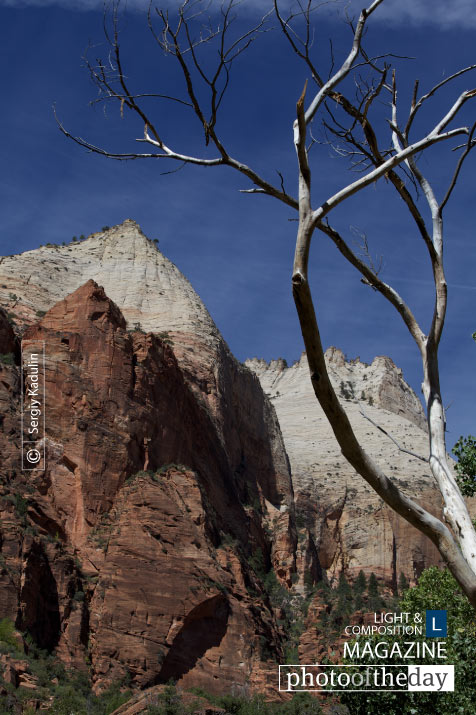 An Exclusive Interview with Sergiy Kadulin

At the Water’s Edge, by Ronnie Glover

End of Summer, by Christopher Utano