This is part of my ongoing series, “Power”, which is made of many different studies of the Geothermal Power Plants that can be found along the southeastern shore of the Salton Sea. There is plenty of volcanic activity in the area and I am fascinated by these power plants. This was shot on a day with great clouds that seemed to blend into the steam/smoke released from the plant, which I love seeing as a long exposure. To accomplish that, and darken the sky, I used a B+W 10 stop ND filter and a 15 sec exposure. 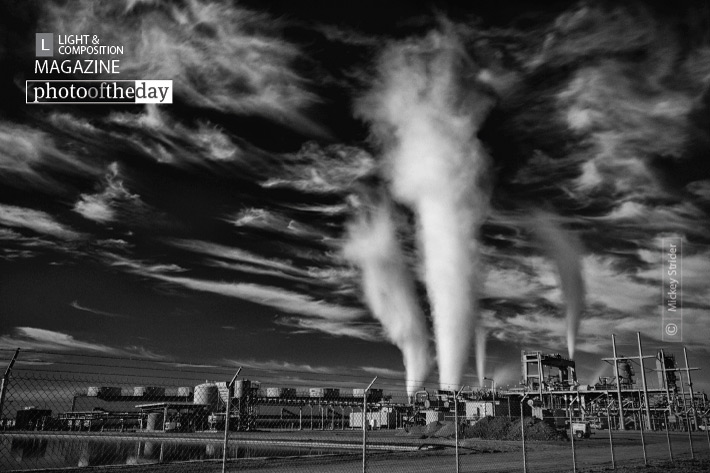 Photo of the Month | 50th Month
Scroll to top wpDiscuz