This photo was taken in July 2009, when I was living in Bangkok, Thailand. I was exploring Sanum Luang area on hot Sunday morning. Whilst there, I was intrigued by the many amulet sellers by the street. This monk happened to walk by and I took a quick portrait snap of his face as he slowly walked past me. I loved the character lines on his face. 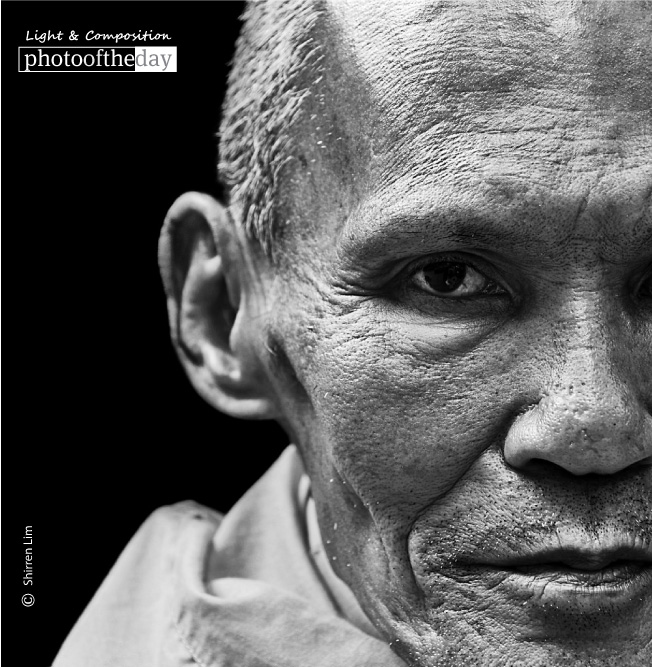 The Look, by Ana Encinas