Taken at Kaptai National Park, in the district of Rangamati, Bangladesh, this blue-eared kingfisher is darker crowned, with darker rufous underparts and lacking the rufous ear stripe of the common kingfisher. It is found mainly in dense shaded forests where it hunts in small streams mostly in Asia, ranging across the Indian subcontinent and Southeast Asia. 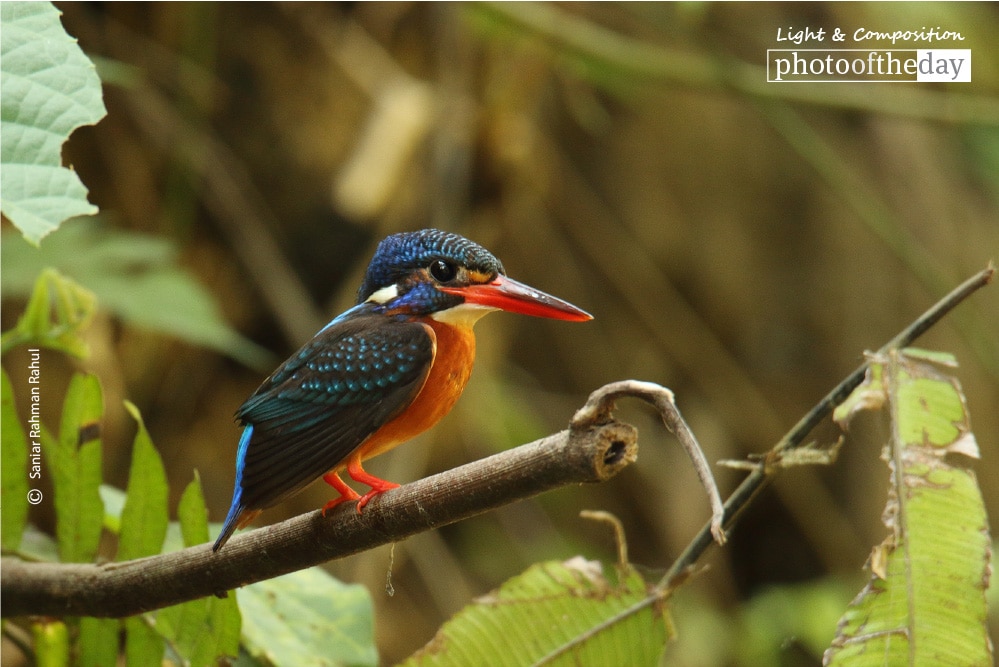 The Blue-winged Bee, by Shahnaz Parvin

Days Go By, by Shirren Lim
Scroll to top wpDiscuz