I was wandering the small coastal town of Asilah in Morocco. At the time, the town was quite small with a cafe that opened onto the beach. Walking the maze of streets I came upon a small boy. I outstretched my hand to shake with him but he just stood there staring and speaking something in Arabic that I did not understand. My camera was at the ready and took an image of this encounter. 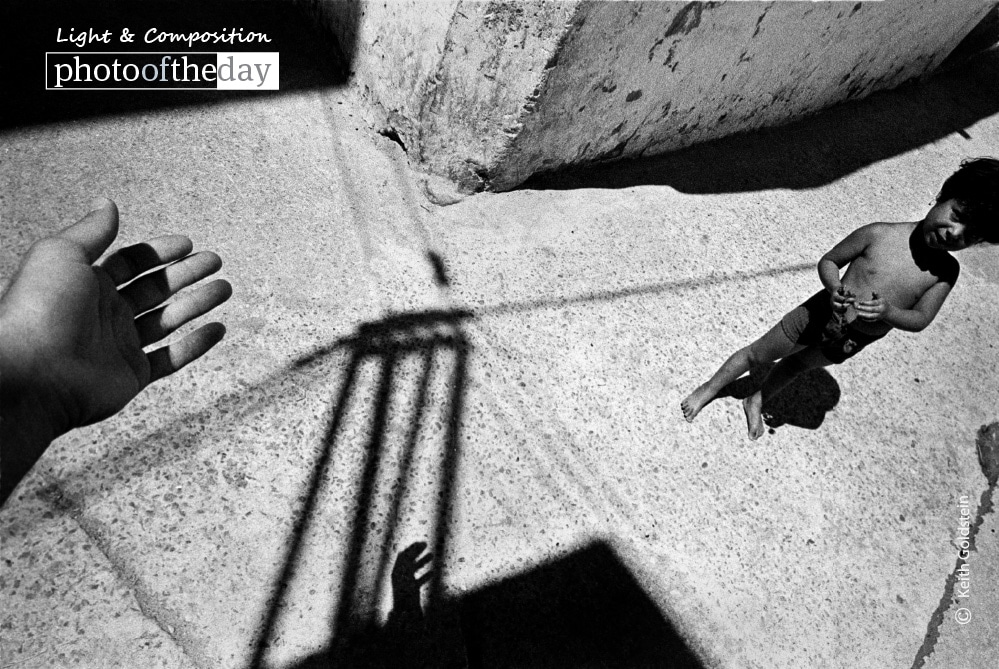 A Worker at Surgical Factory, by Jabbar Jamil