Taken at a newly raised land on the river Padma in Rajshahi, this Ruddy Shelduck is a distinctive waterfowl with a loud honking call. It is 58 to 70 cm in length with a wingspan of 110 to 135 cm. It has orange-brown body plumage with a paler head, while the tail and the flight feathers in the wings are black, contrasting with the white wing-coverts. It is a migratory bird, wintering in the Indian subcontinent and breeding in southeastern Europe and central Asia. 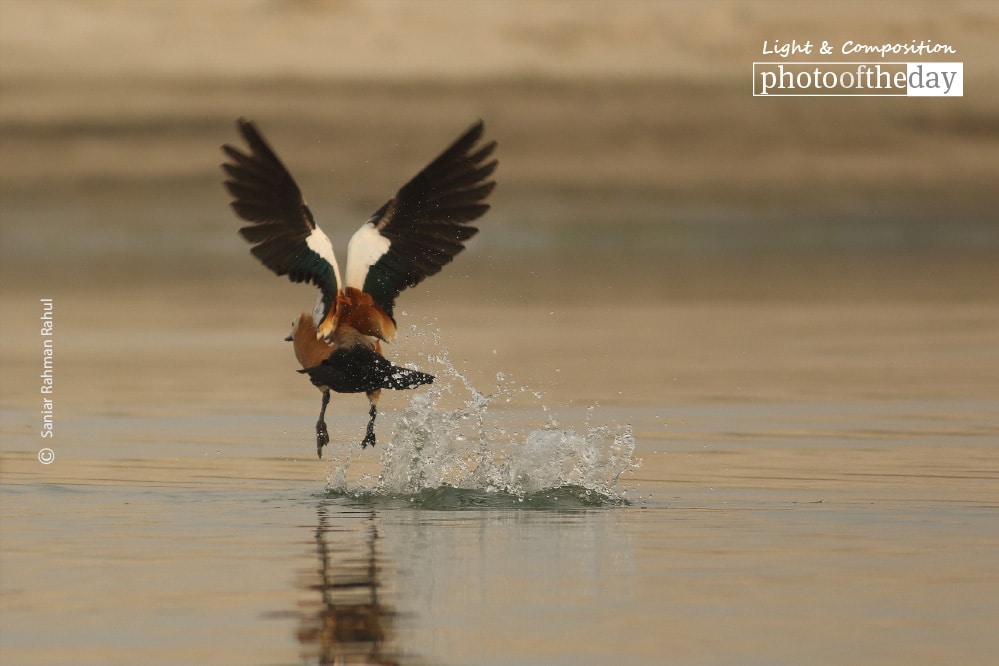 The Young Fisherman, by Tanmoy Saha

A Laotian Farmer, by Ryszard Wierzbicki
Scroll to top wpDiscuz