I took this photograph of the Yellow Wagtail last year in the month of February during the AWC (Asian Water Bird Census), for which we traveled to Sandwip, an island along the South Eastern coast of Bangladesh. The yellow wagtail is a small, graceful, yellow and green bird. It has a medium-length tail and slender black legs. It spends much time walking or running on the ground. As its name implies, it wags its tail from time to time. 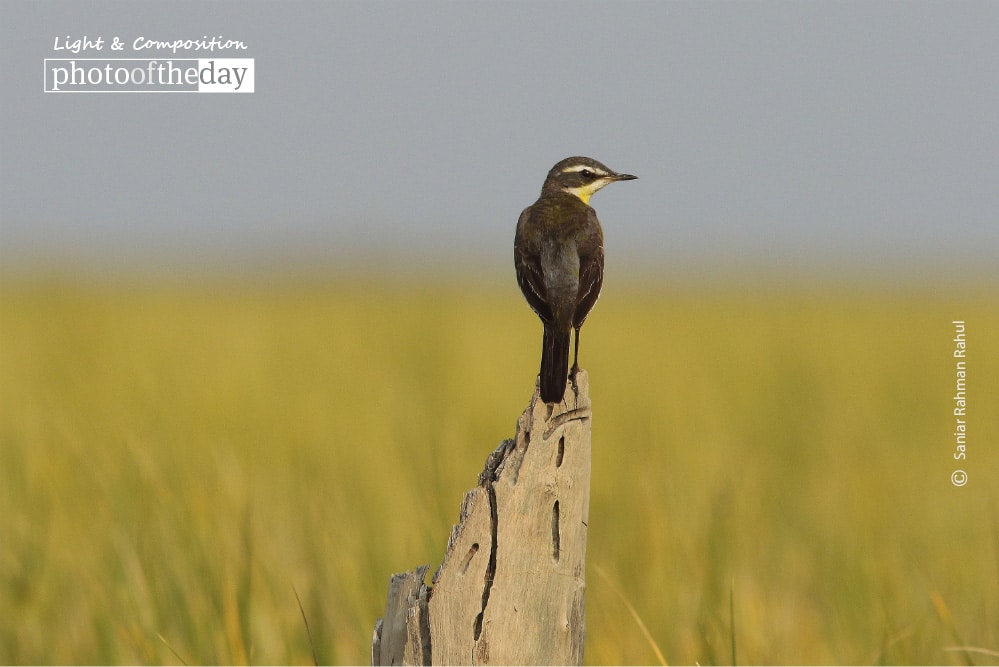 Photo of the Month | 79th Month
Scroll to top wpDiscuz