It was the camel race day that dawned bright with clear blue sky. The tension was high as the race horn sounded loud and clear and they’re off! We raced back to the finishing line in our vehicles and waited for them at the finishing line. I caught these 3 racers careening down the track with this one curious cloud hanging over them. I crouched low and decided to go for a low angle for this shot. 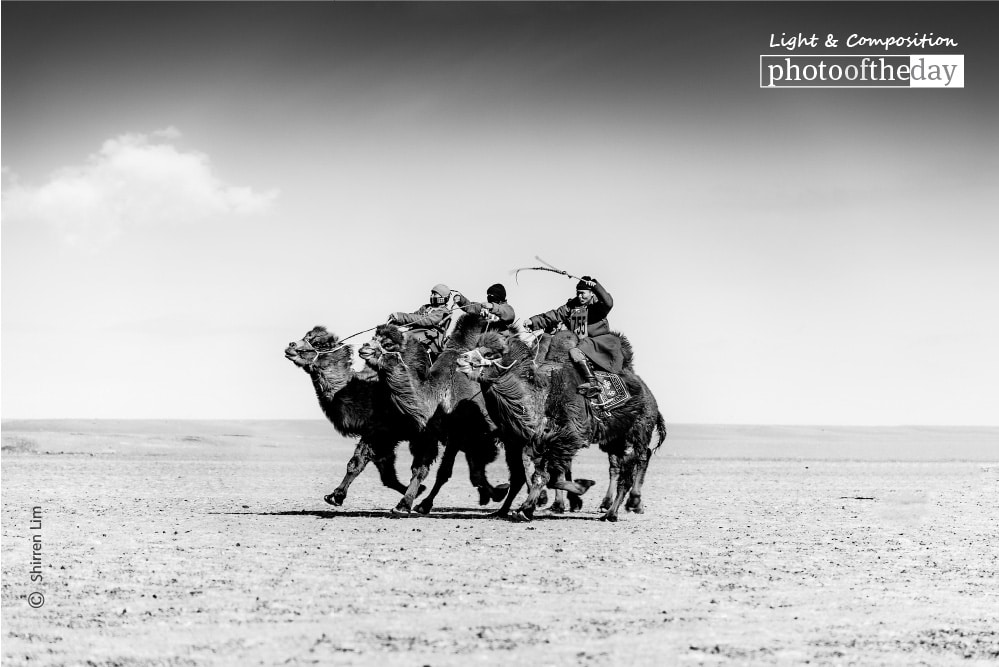 On the Court, by Ronnie Glover