It was afternoon. The sun went hiding behind the clouds. The camel polo competition was over and the crowd slowly dissipated from the arena. I started walking aimlessly, led me to this man, who was still sitting atop his camel chit chatting with his mates. I asked him for a photograph and he gladly obliged. I went for a low angle shot as I liked the clouds cast themselves over him. 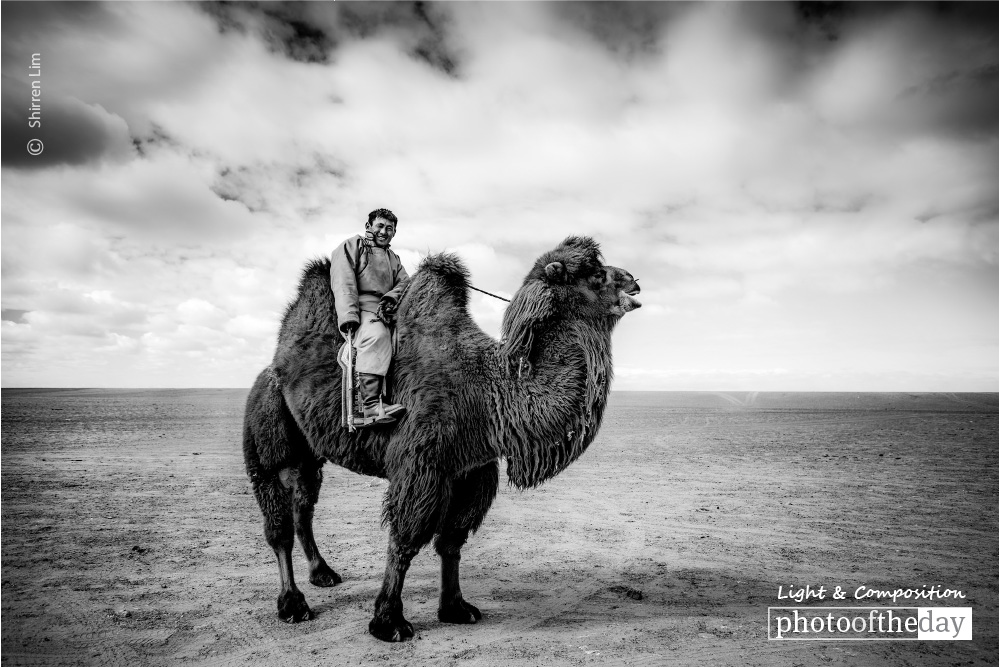 Shadows of Life, by Ahmad Jaa

The Clown by Mirka Krivankova

Subscribe Now
A Flag on Top of a Building, by Siew Bee Lim