I decided to hit the New York subway system, destination Lower Manhattan on a day that must’ve felt like a 1000 mile trekked on the concrete jungle. As a non-purveyor of public transit I was glad to rest my weary feet and to justify my curiosity of my decade old absence from the underground. The sights, clean and fresh, the sounds unchanged and the smell, typical. The name of my stop eludes me as I arrive rather quickly. It was an older station and with a clackity clack the train disappears. I quickly scan for an exit when this very scene hits my eye, a gentleman walking towards my way in the dimly lit tunnel with a sense of calm. Barely a second or 2 for a quick adjustment on my camera but managed to compose it right and get the shot off as I see it. What I felt in a New York Second at this very moment in time and space was this sense of calm and serenity in this underground microcosm. Like ocean waves lapping the shores at regular intervals so to the rush of the commuters and the subsequent stillness before the next cargo of New Yorkers doing what they do best, rushing somewhere or those knowing their day is about to end. I, like the man, was in our flowing mode until we both got off the train with the man strolling towards me with his ebbing mentality and I gear up quickly to grab my days’ adrenalin image. 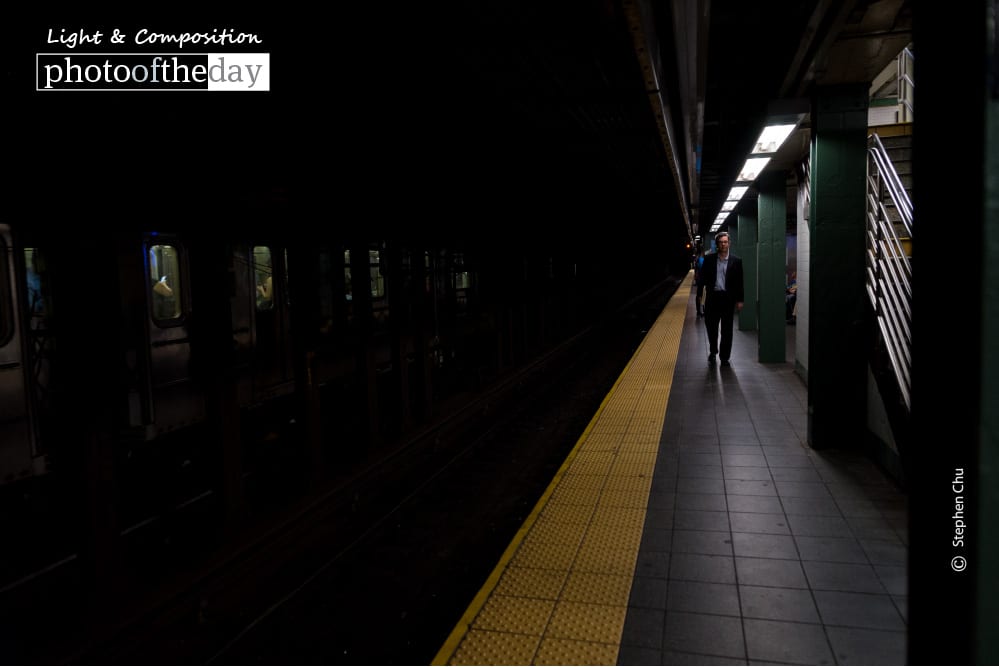 Ladybug and a Daisy, by Tisha Clinkenbeard

The Lady with the Violet Scarf by Jose Juniel Rivera-Negron

The City by Silvia Bukovac Gasevic

The Guidance, by Zahraa Al Hassani