This photo was shot in Chicago’s botanical garden, where this yellow honey bee was sucking nectar from a flower while in motion. It took me few minutes to get hold of a close position, so that the bee was not frightened of me. The hard work that is displayed by the bee, finally pays off and reminds me of the inevitable truth “Fruit of hard work is always sweet” 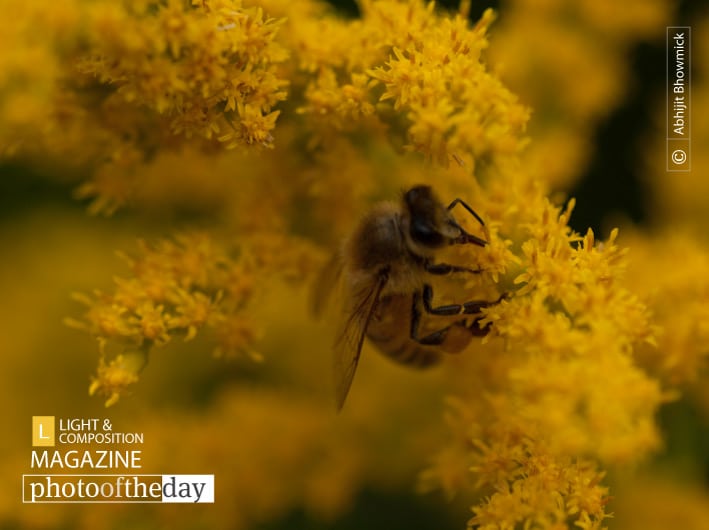 What is the technique . Nice work..

Thank you for your comments and encouragement !

This is beauty..very difficult to describe this photo in words. But u can feel the color in the photo. Keep it up. :)

nice photography. keep it up.

truly amazing .. both nature and the camera man !!!