I was waling down Fifth Avenue to meet a friend for lunch. Near 26th Street, there is a building with storefronts undergoing renovation. Beautiful sunlight was falling across the building. Through the gap in the scaffolding, a couple of construction workers were taking their work break soaking in the sun. I loved the light and shadow falling across them and the storefront facade. 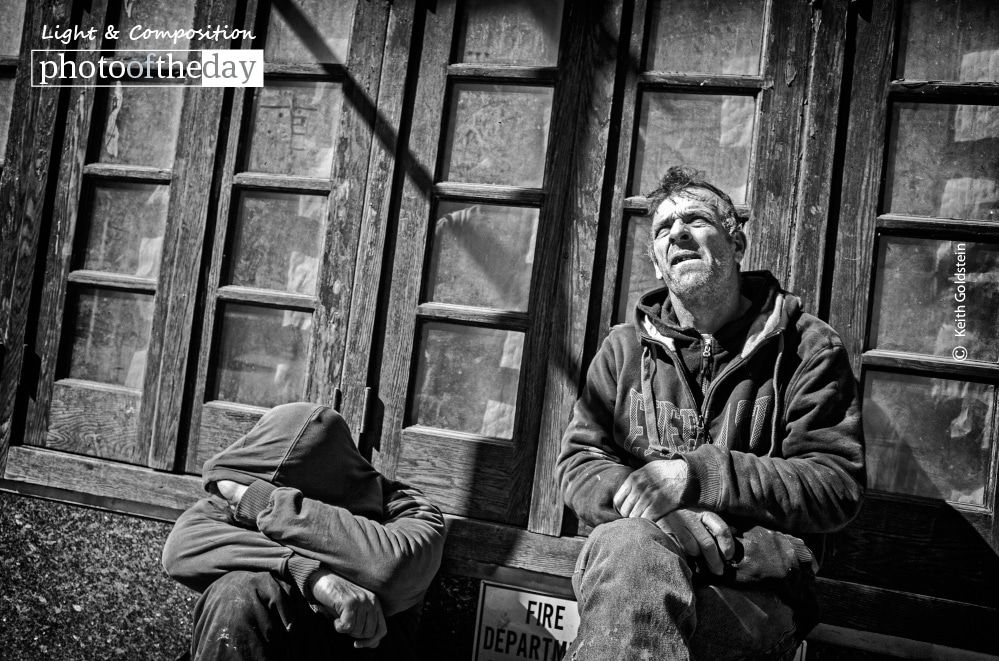 Working at Height by Aleksey Kogan

Lunch on the Dogwood, by Tisha Clinkenbeard

A Sashimi Portrait, by Bashar Alaeddin
Scroll to top wpDiscuz