On my first day in Yangon, I went to visit the Shwedagon Pagoda, the 2,500 years old Pagoda, which enshrines strands of Buddha’s hair and other holy relics. On one of my roundings, I saw this young monk resting against the pillar of one of the prayer halls. Almost instantly, all the tourists starts to take photos of him. I waited until they were done before asking his permission and taking his smiling picture. 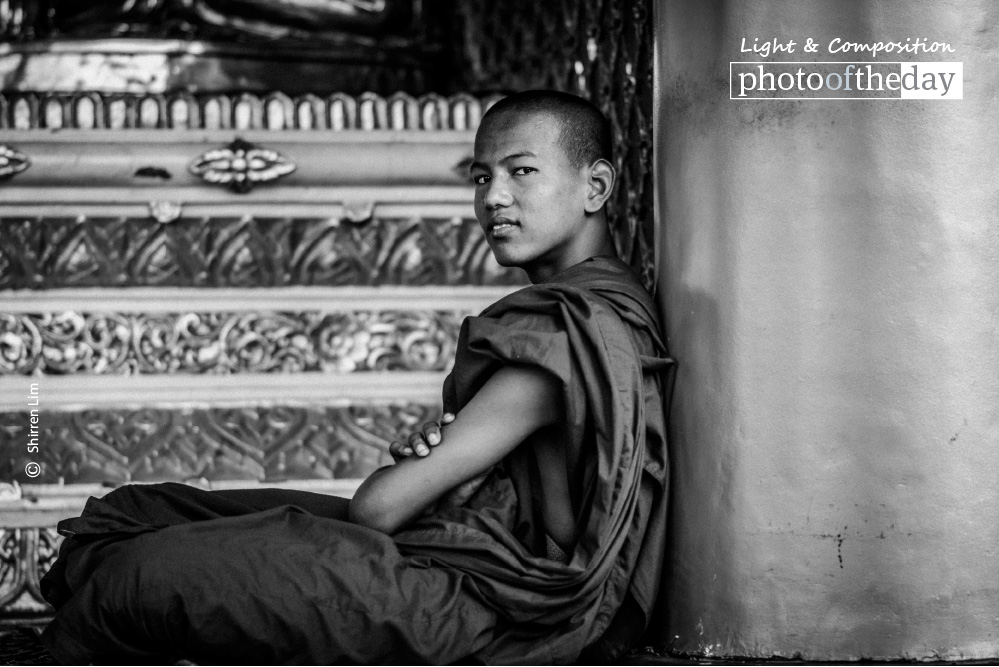 A Grateful Smile, by Ryszard Wierzbicki

The Eyes of Innocence, by Satyam Roy Chowdhury

On the Swing, by Ryszard Wierzbicki