These are lemon farmers of Chittagong Hill Tracts area. They use this way, through the forest towards Bandarban to carry their lemons. Lemon farming has changed the lives of these farmers, and give them a much better livelihood. 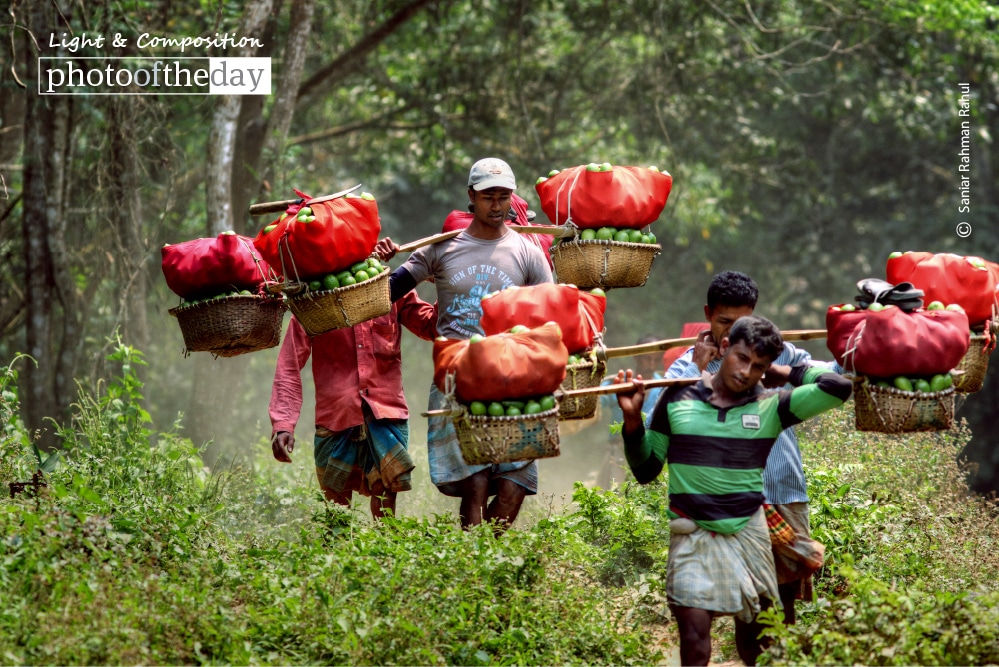 amazed like in a very part of the world people work differently, one harder than others