While I was wondering through an abandoned factory, I got attracted by this composition of different elements that have probably been forgotten for ages. I struggled to find the best angle and point of view and waited the sun light to pass through the window at the back of scene to create a bit of contrast with the darkest areas. 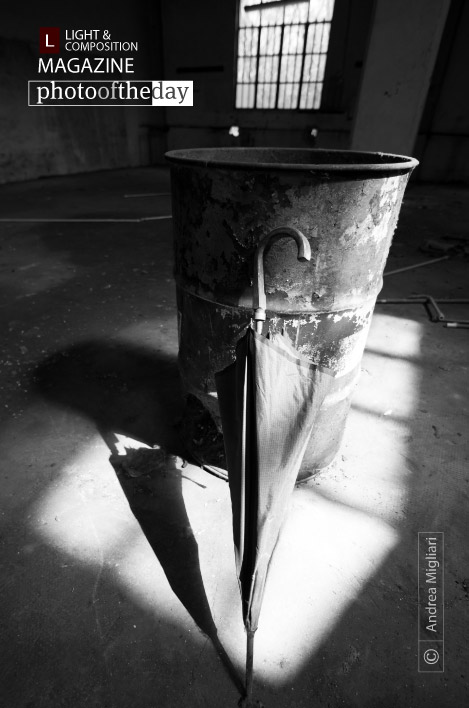 The Thought of Fall, by Sandra Frimpong

Subscribe Now
Who do you want to be? by Sergiy Kadulin