I woke up early one morning and went down to the lake hoping to see what interesting things might come up for the day. I met this lone boatman and started chatting with him. As it dawned misty and cold, not many people yet were at the lake. I took a picture of him instead, framed by the misty mountains and boats. 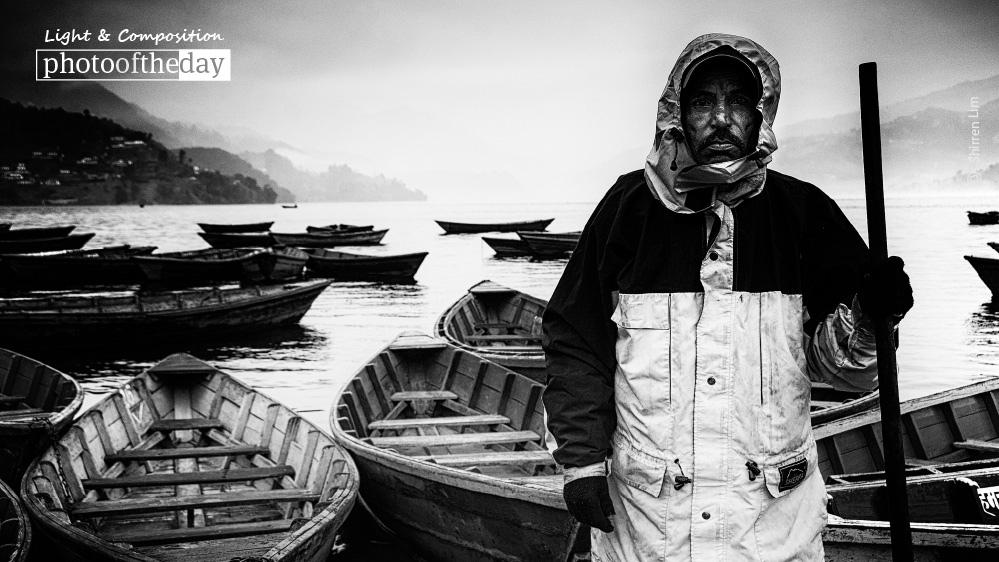 Her Eyes by Moslem Azimi

The Monk by Sourav Das