Piazza Brà is one of the most visited tourist attraction in Verona and one of the largest square in Italy.
A melting pot of achitectural styles from different eras, piazza Brà is considered to be the beating heart of the city. It was late afternoon and the sun was just gone, I was impressed because the square was incredibly empty with just few people wandering around, the light was perfect so I set my tripod on the steps of palazzo Barbieri and got the shot. The ancient arena on the right side of the picture was built in the first century and is one of the best preserved ancient structure of its kind. It’s still in use today to host concerts and events, especially during the summer season of the Opera. 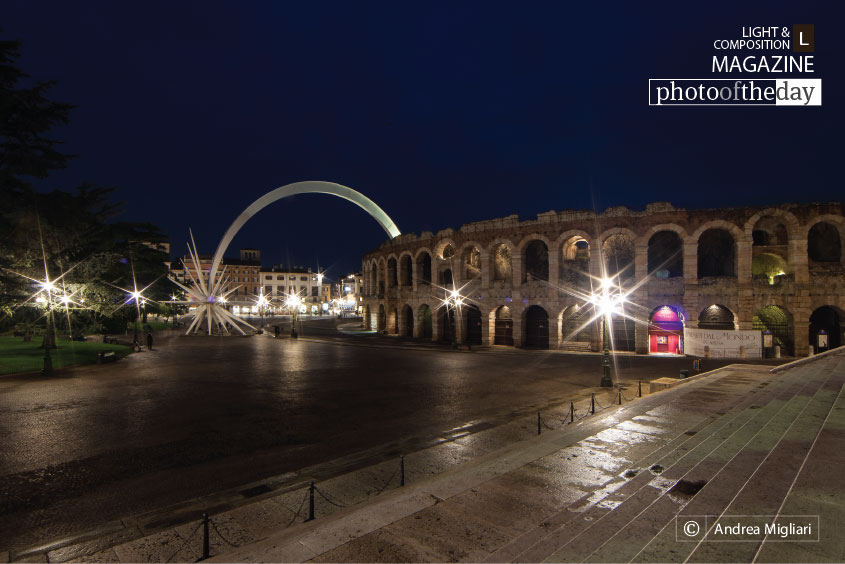 A Testament to Life by Alessandro Scorsone

In the Festival of Lights, by Nirupam Roy

Subscribe Now
Chrysanthemum in the Rain, by Bawar Mohammad

Living by the Quran, by Zahraa Al Hassani
Scroll to top wpDiscuz