Sometimes when children see camera and realize they are being photographed, they suddenly become actors, acting as if something really important is going on. This is one of those moments. I photographed them in Tanguar Haor, a unique wetland ecosystem of national and international importance that provide the livelihood for more than 40,000 people. 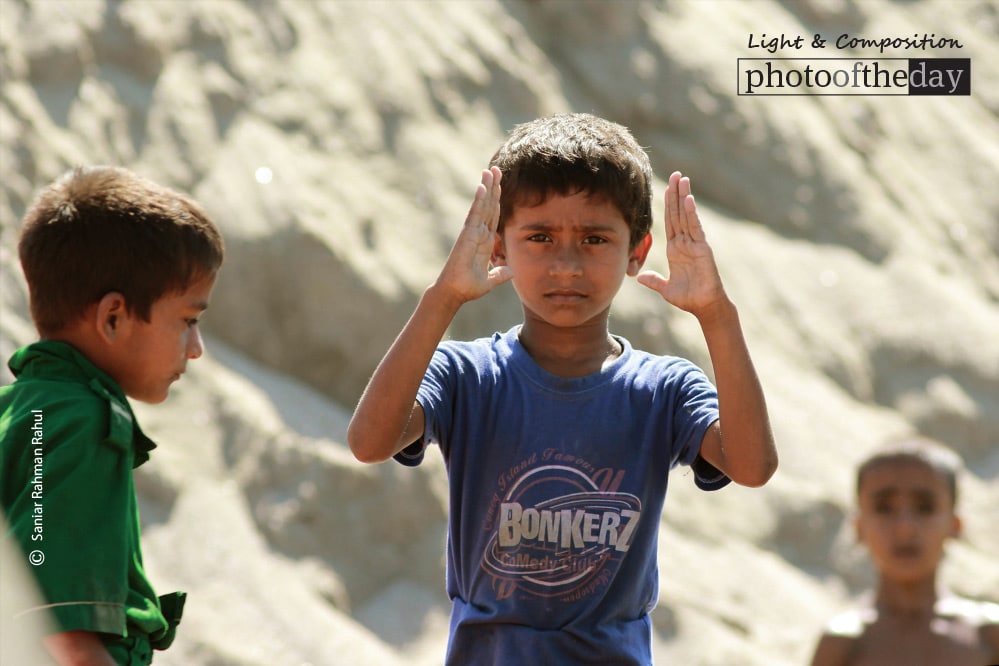 Mother of a Hero by Fatemeh Tajik

Looking for Food, by Tanmoy Saha

Have You Ever Been There? by Rezawanul Haque

This photography shows a common experience every Travel Photographer faces when “shooting”. Kids want to take part in your performance actively. Therefore they try to play the roles and making jokes of your presence in their village. That is a perfect and convenient situation for the photographer because he can catch the real contact with local hooligans and show his distanced approach to his work and just treat it as a kind of play with kids … and doing pictures. I experienced the same when exploring Flores Island in Indonesia.