It was the day of an outing to collect news for my channel about a local festive and after getting the desired I found these children knowing little about the rituals, just doing some fun with the chips, bought from the vendors. I observed the scene for a while, fearing that they will run away seeing my camera. But mysteriously, when I clicked some of them gave pose, and others doing same things what they were doing ignoring my presence. 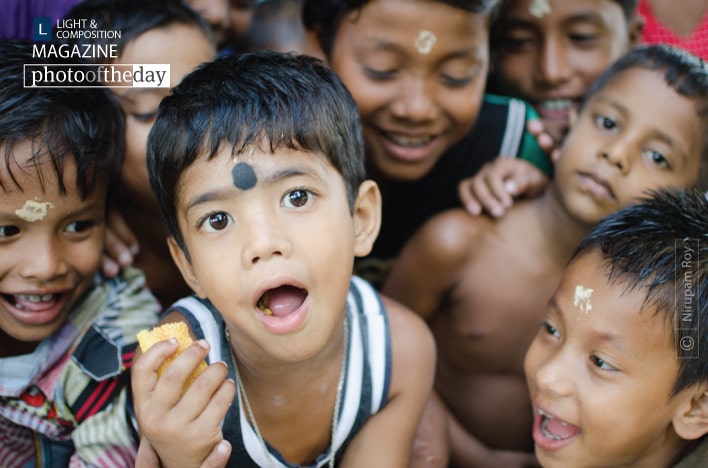 The Catch, by Prasanth Chandran