Taken at Baikka Beel, a wetland in the eastern part of Hail Haor, the Oriental Darter is a water bird of tropical South Asia and Southeast Asia. It has a long and slender neck with a straight, pointed bill and, like the cormorant. It hunts for fish while its body submerged is in water. Like the cormorants, it has wettable feathers and it is often found perched on a rock or a branch. 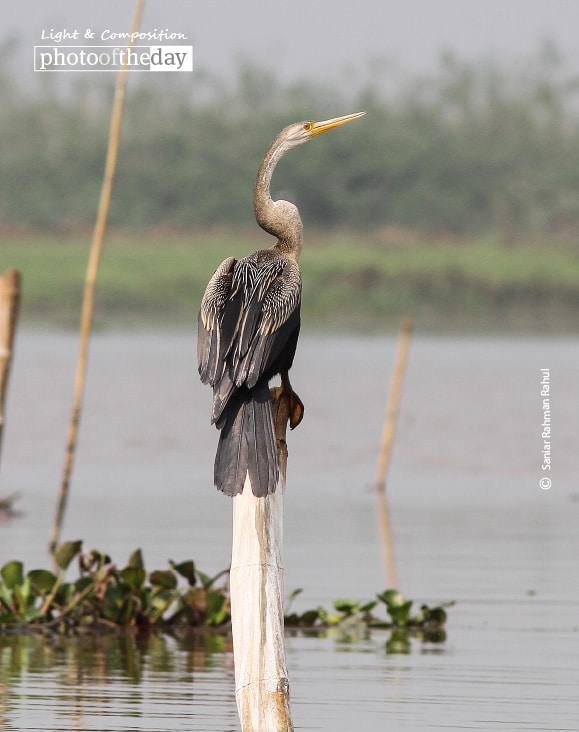 Waiting for a Catch, by Masudur Rahman

Making an Exit, by Claudio Bacinello

Subscribe Now
An Indian Girl in Temple, by Ryszard Wierzbicki