Taken at Keraniganj, an upazila of Dhaka District in the division of Dhaka, Bangladesh, this Red-necked Falcon is a bird of prey in the falcon family. It has bluish grey wings and upper body, a chestnut red cap with short chin straps passing through the eye. The primary feathers of the wing are black and a single black band at the tip of the tail are distinctive. They are found mainly in the open plains of the India Subcontinent. They hunt mostly at dawn and dusk, capturing small birds, bats and squirrels. 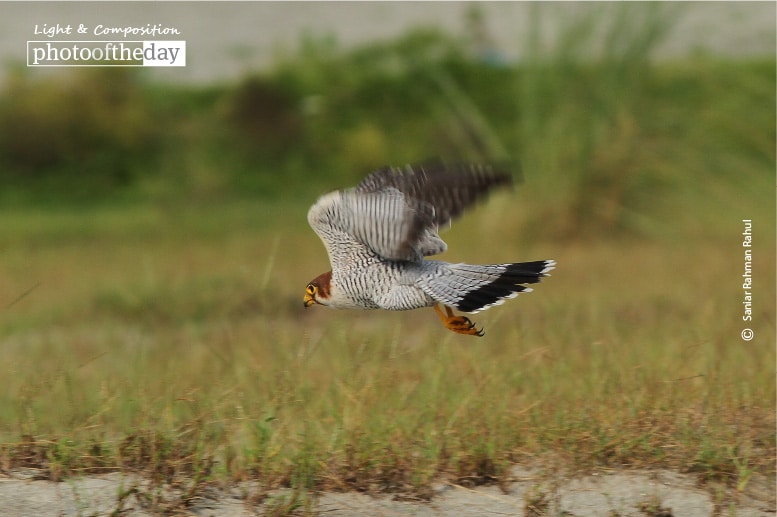 Cheetah’s on the Lookout, by Bashar Alaeddin

Awesome Photo. Btw Whats the Bangla Name of this Bird?

Blinded by the Sun, by Ryszard Wierzbicki
Scroll to top wpDiscuz