Just outside of the Bhawal National Park range, there is a village name Master Para, which is known to be a little wildlife sanctuary for birds. You can find many common birds here that become colorful and restless during their breeding season. Once I went there to photograph them. Reaching there, suddenly this White Throated Fantail appeared in front of me with a prey in its mouth and started dancing its tail for a while. 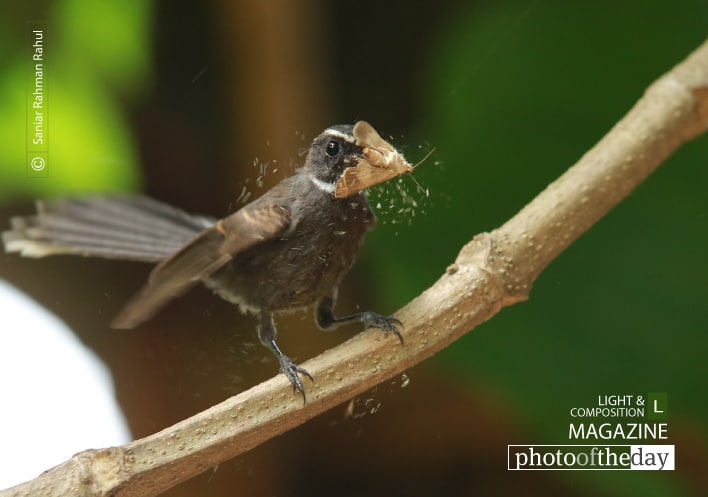 Subscribe Now
Before Going to School, by Shahnaz Parvin