Usually seen in pairs, this Red-wattled Lapwing has red fleshy wattle in front of each eye, black-tipped red bill, and the long yellow legs. In flight, one can notice the prominent white wing bars, formed by the white on the secondary coverts. While visiting Muhuri Dam, I saw this bird and didn’t miss the opportunity to photograph it. 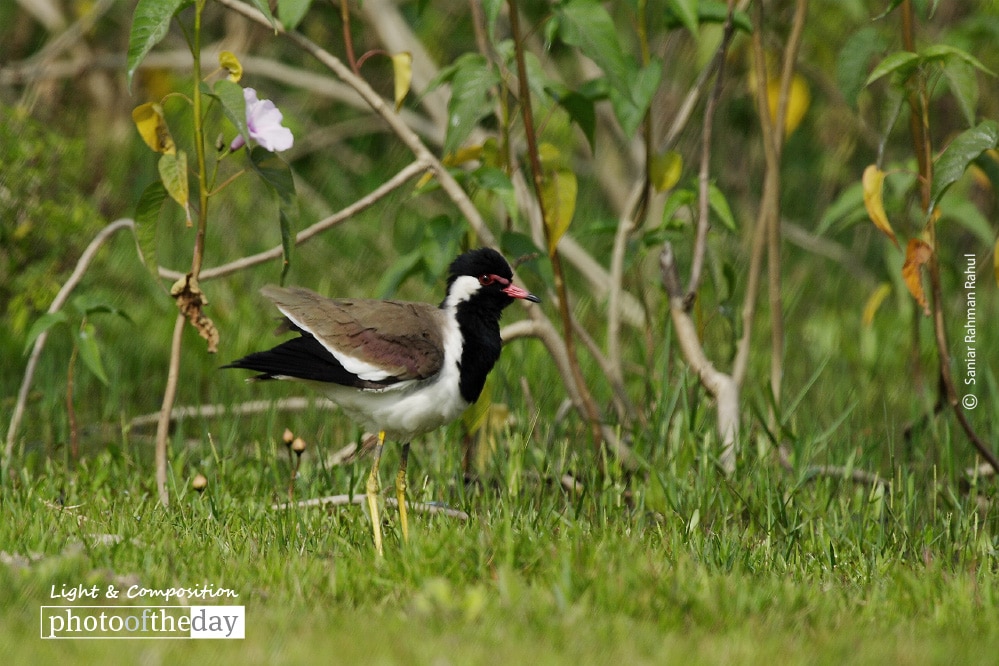 And the War Goes On, by Shahnaz Parvin

Lonely Bird in the Cold Himalayas by Sarthak Pattanaik