I noticed this umbrella shadow falling on a construction screen from about a block away. I was hoping something of interest would happen by the time I walked there. As I walked closer I saw that there was a young man deep in thought underneath, being sheltered from the hot mid-day sun. Just as I pressed the shutter, he turned his head and glanced over at me. I nodded a hello and kept walking. Even though I shoot digital most of the time now, I’m not a pixel peeper. I like to be surprised. I didn’t realize what I had until I got home that evening. 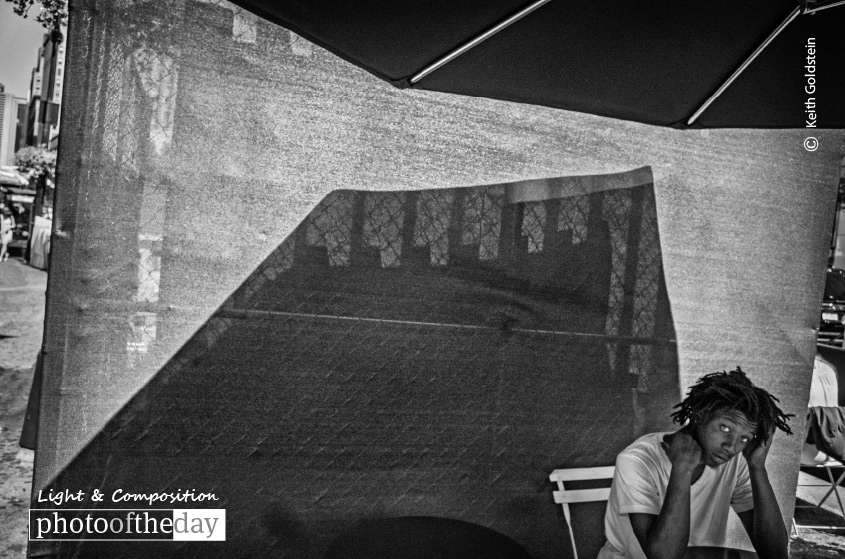 Leaf from Within, by Christopher Utano

Subscribe Now
End of the Day, by Shariful Alam