I shot this while visiting the Trashichho Dzong, the main Government Secretariat in Thimphu, Bhutan. I remember I was looking at the building structure in awe, as they were huge. So I asked my travel guide to stand at the steps as a comparison to how huge the structure is compared to man. 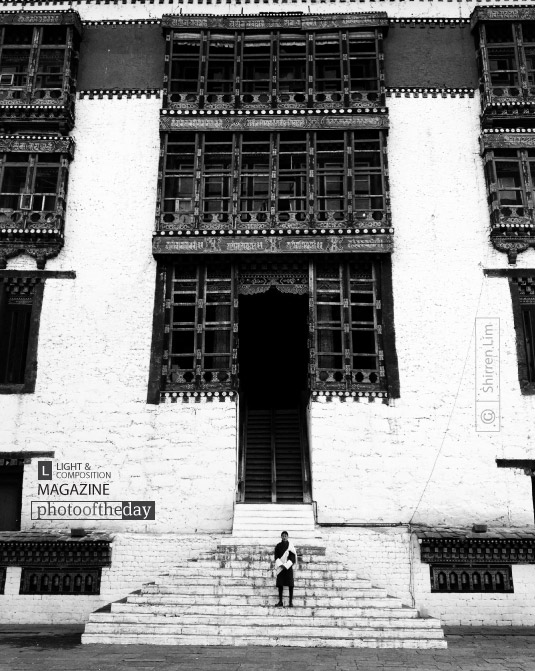 Shades of Grey by Kirsten Bruening