I love contrasts and colors, as well as love watching my ways. What can be more beautiful than the contrast of green with red leaves! It seems they have been placed there one by one! I was there for hours… In paradise, Millenium Park, Chicago. 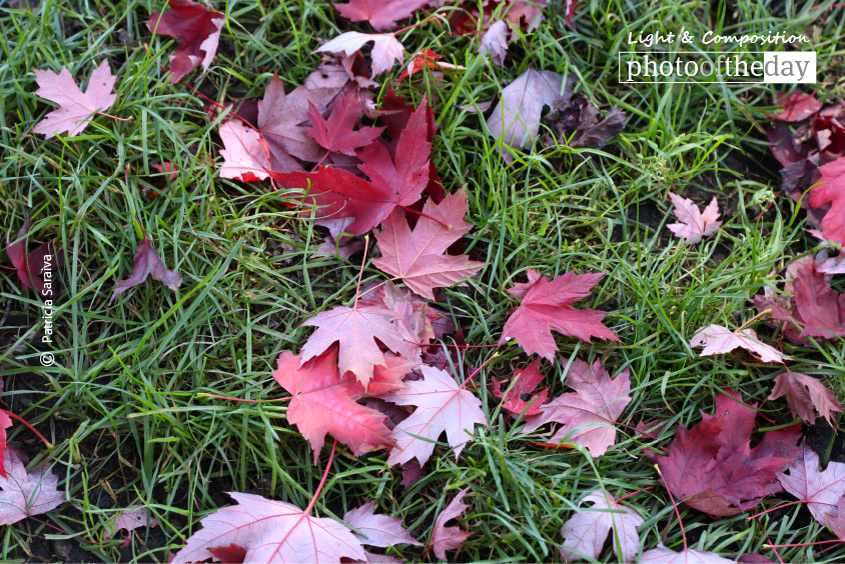 Early Fall at the Park, by Thomas Vasas

A Beautiful Ladybug, by Bawar Mohammad