I was on my way to pick up my son from school. I loved how this woman was lost in thought sitting there waiting for the bus. As I captured the scene, she turned and looked at me. I think this turned out better then if she was looking away. 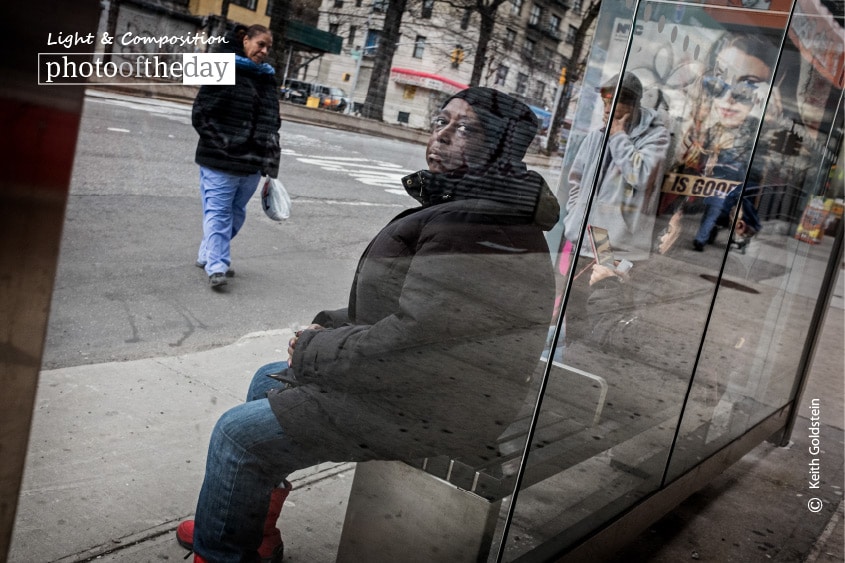 Dock at the Bay, by Jerry Caruthers